A lot of time, effort, resources, and money went into building a fleet of cargo vans in almost 30 cities nationwide. As we mentioned in Sunsetting the Dispatch Fleet, Part 1, we decided to sunset the fleet, but we couldn't do it overnight. Read on to learn more about our journey. 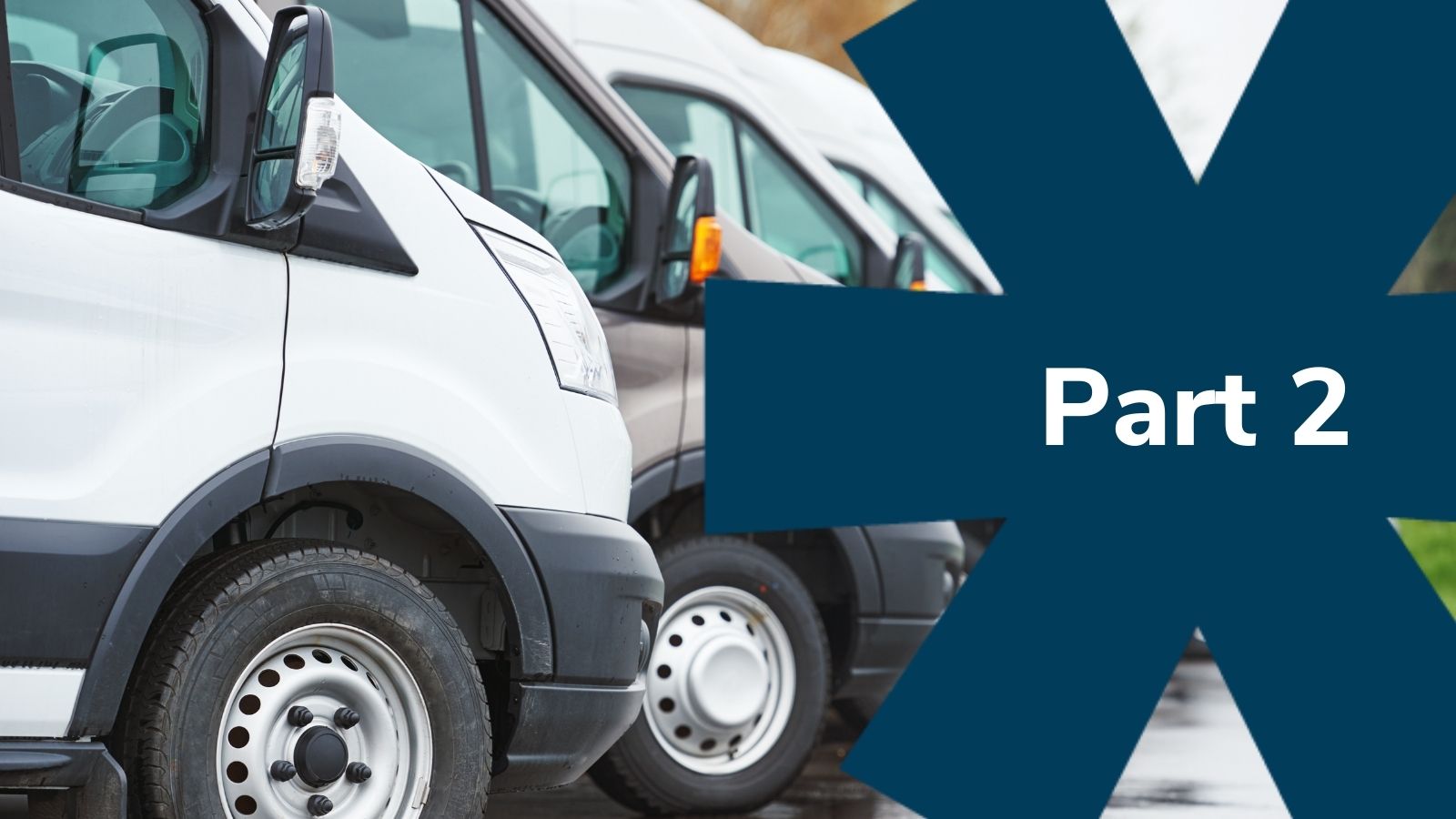 A lot of time, effort, resources, and money went into building a fleet of cargo vans in almost 30 cities nationwide. As we mentioned in Sunsetting the Dispatch Fleet, Part 1, we decided to sunset the fleet, but we couldn't do it overnight.

It was a strategic process with many team members involved. Our leadership team developed a reduction plan that laid out the markets we operated in, the number of leased and owned vehicles, the number of part-time drivers and Driver Leads, and dates associated with each exit.

Now, this was an eight-phase plan that happened over the span of several months. While the plan made sense on paper, it was still a difficult and emotional road to travel.

While the team worked to execute the fleet exit plan, there were certain tasks we had to check off the to-do list:

Jane Otto, Dispatch Office Manager, who was a major part of organizing the logistics and communication aspect of the fleet exit, said how all-consuming managing the fleet was. She helped to establish and exit the fleet of cargo vans, which was no small task.

“It was extremely overwhelming and stressful. It was rewarding to get the fleet up and running too, and it was a learning process. But getting rid of the fleet was a huge sense of relief,” said Otto.

While the weight of the fleet was lifting, the emotional toll of losing team members was felt across the organization.

Depending on the date of the fleet exit, in some markets, we were able to provide visibility in setting expectations with regards to when we were going to remove the vehicles. But in the first markets we exited, we weren’t able to provide that lead time. In both situations, it was not easy to make those layoffs.

Several people transitioned to full-time roles at Dispatch or joined as independent contractor drivers. About 80% of our Driver Leads took positions as Customer Success Representatives or Driver Engagement Agents. Those who didn’t stay on the team were either provided an incentive to stay with us or a severance package if they exited the organization.

It was draining for the team, and especially for our Driver Leads as they had developed relationships with their part-time driver staff.

“For a lot of the Driver Leads and their staff, they turned into small family units, and then when we exited the fleet, they were then in turn letting go some of their family members. I think at the end of the day, it's a difficult thing to do no matter if it’s a full-time or part-time employee,” said Natalie Johnson, VP of Human Resources.

The people aspect was not the only toll. We were also facing the challenges of an oncoming pandemic.

A few months in, COVID-19 hit, and we needed to finish sunsetting the fleet and implementing curbside delivery. The decision to exit the fleet came at the perfect time, and a contactless service model became a necessity for safety. It was a shift we didn’t see coming.

Former Driver Lead Brendan Avery, who now is a Driver Engagement Agent, said, “For our independent contractor driver base, contactless is their preferred method of delivery. They’d rather call and say ‘Hey, I’m on my way. I’ll have the package out on your back porch in 15 minutes. Enjoy the rest of your day.’ And drivers can show up, offload, take a proof of delivery picture, boom done.”

Contactless delivery was essential to keep our customers and drivers safe, and it became part of the fleet exit plan as we operated as an essential business during the pandemic. We continued to follow the plan and exit the fleet market by market.

The story’s not over yet. Read Sunsetting the Dispatch Fleet, Part 3, to find out the conclusion and the path forward for Dispatch. If you’re looking for guidance exiting your company’s fleet or a solution to manage your daily delivery operations, Dispatch can help you Deliver More*.

Maximizing Your Skills with a Final-Mile Delivery Partner