Workplace Wisdom From Women in Tech

Women's History Month is here! While Dispatch celebrates women in tech year-round and acknowledges the many who've created opportunities for other women past and present, this blog allows us to highlight some of our very own and share the lessons they've learned throughout their careers. 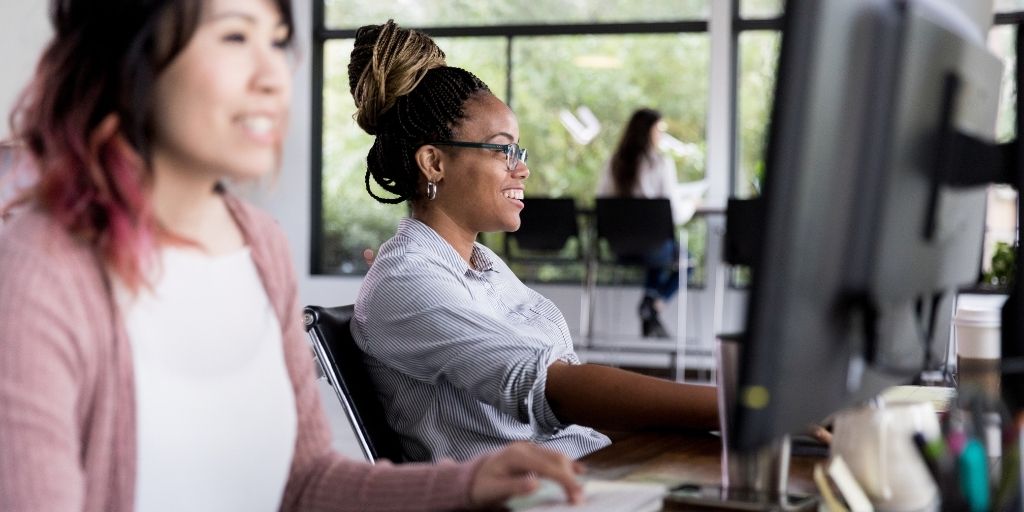 Women's History Month is here! While Dispatch celebrates women in tech year-round and acknowledges the many who've created opportunities for other women past and present, this blog allows us to highlight some of our very own and share the lessons they've learned throughout their careers.

Read on to see what these tenacious Dispatch women have to say about finding confidence, work-life balance, and their desire to succeed.

Having to adapt to new people and a new culture was quite the achievement for Shilpi Reddy, Dispatch’s Manager of Software Engineering. She came to the United States from India when she was 22 years old. At work, she’d find herself hesitating to contribute in meetings and questioning if she was saying the right things because of her accent and the language barrier. Over a period of time, her confidence grew as she reminded herself, “I would think about all the great things I have achieved in my life and all the ideas I have. If I don't speak up, how are people going to know that I have all these ideas,” she explained.

She is always learning and taking inspiration from those in her life –– her family, co-workers, or friends. Her children’s excitement, looking forward to a new day, can be contagious. She has also learned and would tell her 22-year-old self that “It’s okay not to be okay. When you’re entering the adult world it may seem very overwhelming and you may feel lost. It’s okay to feel that way. Things are going to settle down. And you’ll be alright.”

You’re also allowed to take risks and mess up, and sometimes we need that reminder. “You are bound to see failures in your life,” said Reddy. “Every person has to face failures, and it's important to think of them as just a part of the journey. They are not the opposite of success. They are part of your success and you’ve got to learn from them.”

Reddy had this advice to give to her fellow Dispatchers: “Don't question if you have the ability. You have to speak up. Let your superiors and managers know, ‘Hey, I want to get to the next level.’ Don't assume that they know about it.”

A perfect wrap-up for Reddy is one of her favorite quotes from a poet named Maggie Smith. “Be brave enough to ask for help when you need it. There's no merit badge for doing all the hard things alone. Reach out and keep moving.”

Dispatch’s VP of Marketing Grew With The Business

Recognizing the opportunity to be a part of building a new business that had lots of potential, Alexia Smith, VP of Marketing, stepped into her first role at Dispatch during the company’s early stages. Since then, her leadership has evolved with the opportunity to lead and develop several different teams, including the creation of our Driver Engagement Agent team.

With the company and overall business concept being new, “There was no playbook,” said Smith. “It was extremely motivating to see when my team or I had an idea or concept we wanted to try and watch it really succeed.”

A lesson that Smith realized early on in her career was that the tech industry has more women than ever before, and it’s important for them to contribute and be heard at their companies. “Don’t be afraid to have a voice even if you’re in a room full of people that you feel are more advanced than you are. Everyone has a different viewpoint and way of processing information. You could be asking a question or educating the group on something they hadn’t thought to look at yet, maybe from that perspective or through that lens,” she urges. Smith notes that she was encouraged by Dispatch’s leadership early on and told, “You're in the room for a reason. You're there because we want to hear from you.”

Having seen lots of advances and team movement over the years, Smith lent this advice about how women can grow in their roles: “Constantly learn from those around you. Be willing to ask questions. Ask about their triumphs and failures. Ask to shadow people. There’s always something to be had from other people’s experiences.”

Finally, when asked about what she likes most about her job, Smith’s smile grew as she spoke about her current team. “I’m always impressed by the ability of this group of people. It makes me really proud to be surrounded by these individuals. And being able to learn from the people that I’ve hired. We also have a team with very strong, smart women.”

Tiffany Greenhill, one of our Customer Success Reps, believes that women who build up and support each other are so important in the workplace. She feels female mentorship can make a difference in helping more women succeed, especially in the tech space. “Take young ladies underneath your wing. Teach them what you’ve been taught. Share what you've gone through in different aspects of sometimes male-dominated careers. It’s about building off the blocks that some women before you have laid down, to help you get to the top.”

If you’re searching for a mentor, Greenhill says to choose someone you think you can learn a lot from or who you admire. She advises, “Don’t be afraid to ask the question because if you don’t ask, you’ll never know.” All they can say is no, and if so, that’s okay. But imagine if it’s a yes, and all the possibilities that can bring!

She has learned over the years that having work/life harmony is key, so you can actually live your life and not take work home with you. Although having a remote workspace, she joked, “In a sense, I guess we do take work home with us. But really, make time to have fun, visit family, and travel.” In Greenhill’s free time, she enjoys trying new restaurants and snowboarding in Michigan, where she grew up.

When asked how she ensures she has that balance between work and home life, she spoke about how Dispatch supports and respects this but also pointed out that it’s based on your own mindset. "Unlike other jobs, when time off has to be taken, it’s not frowned upon here," she observed. "You need to be committed to taking that time off to regroup, though."

From events like gingerbread house making to Black History Month Bingo, the Dispatch DREAM Team provides time for fun at work, where she gets to interact with her co-workers. Equally important, however, is ensuring she’s using her free time to do the things she enjoys. Having her days scheduled with what works for her is also a priority. All these things and more combined are how she finds that balance.

Forty percent of Dispatch employees are women — and that number continues to grow. With women in every department, at every level of the organization, we strive to create the inclusion and equality vital to a company’s success.

An article in CIO Magazine states, “Diverse companies perform better, hire better talent, have more engaged employees, and retain workers better than companies that do not focus on diversity and inclusion. Despite this, women remain widely underrepresented in IT roles.”

Although we’ve seen progress in introducing STEM careers to students from diverse backgrounds, and companies are more actively recruiting from a wider audience, there is still work to be done. The Dispatch EID Committee is a group dedicated to just this. They work toward equality, inclusion, and diversity and help with recruitment and educational efforts. You can read about past initiatives the EID Committee has worked on here.

Women’s History Month began in 1981 as a week-long celebration that turned into a month-long one with various proclamations occurring between 1988-1994. Women’s History Month’s website describes the month as a celebration of the contributions women have made to the United States and recognizes the specific achievements women have made over the course of American history in a variety of fields.

2023 Planning: How to Choose the Right Delivery Partner for Your Business