People First is a value that the team at Dispatch demonstrates daily. From shoutouts in our company-wide meetings every week to unlimited PTO, Dispatch truly believes in supporting its employees. Recently, we’ve begun applying this value to our independent contractor drivers along with numerous charities. 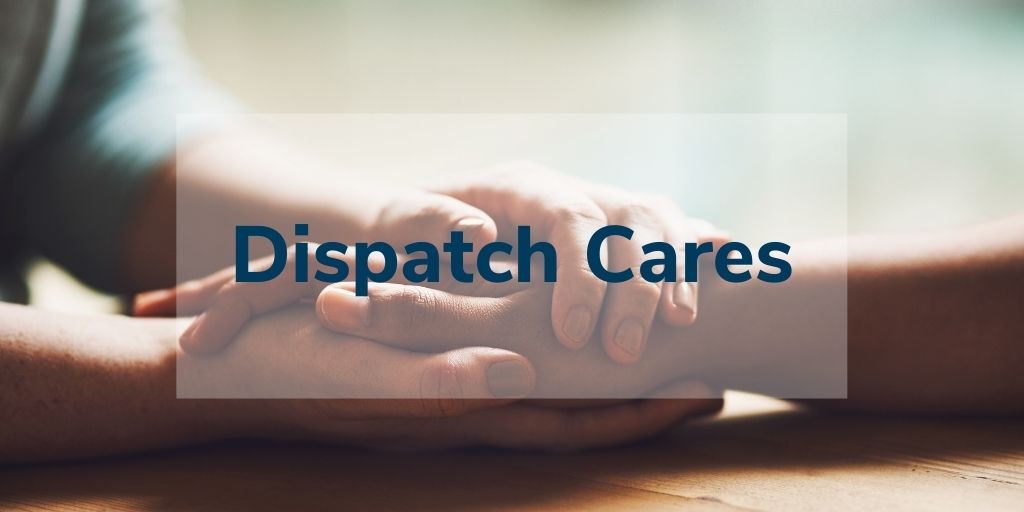 Cristian, a Dispatch Driver and current resident of New Orleans, discussed how he is busy studying for his Nursing State Board and hoping to start his nursing career as an RN. He became a Dispatch Driver to support himself during his studies after hearing from a friend in Florida whose life was positively impacted by Dispatch.

“New Orleans went into a complete blackout for more than a week. Thank goodness our house didn’t suffer major damage. We were safe!”

He continued. “I got a phone call from Dispatch asking how everything was at home after the hurricane had hit. It caught me by surprise –– it was so unexpected. The best part was they told me that Dispatch had an initiative to help New Orleans drivers with a hurricane impact payment. For me, it was really good news after a few hard days.”

Nearly coinciding with the 16th anniversary of Hurricane Katrina, Hurricane Ida recently hit several states. For long-time residents of the Louisiana area, they took on yet another tropical storm. Ida spent 16 hours on land and was recorded as the fifth strongest hurricane to ever hit the mainland U.S. based on wind speeds of 150 mph. More than one million people were without power, while flooding caused much damage across several states.

Rescuers brought over 670 people trapped by floodwaters to safety, and at least 5,000 National Guard soldiers were deployed to assist with recovery efforts. Like with many natural disasters, you see the destruction, but you also see people coming together to help each other and to rebuild.

Another Dispatch driver said, “We survived and are on the road to recovery. I was starting to get a bit worried thinking about having no earnings deposited in my account at week’s end. Thanks for the act of kindness. It’s appreciated more than words can describe at these most trying times.”

He continued talking about peeling his damaged roof off, seeing insulation soaked by water, and having 70% of his ceiling coming down on his home. Despite this, he still has a positive outlook — citing that the surprise earnings he received from Dispatch lessened some of the storm’s burden.

People First is a value that the team at Dispatch demonstrates daily. From shoutouts in our company-wide meetings every week to unlimited PTO, Dispatch truly believes in supporting its employees. This value extends to our independent contractor drivers and the communities in which we live and work.

Dispatch’s CFO, Matt Ouska, could see from the news how dire the situation was and how deliveries by our local drivers in the places hit hardest by the hurricane had quickly dropped to zero. He had the idea to help out our most active drivers in these areas. So Dispatch put together emergency funding for Hurricane Ida, which was then distributed to those drivers shortly after the hurricane hit.

“At Dispatch, we continually strive to do the right thing and take care of our people. The decision to help our drivers out was a no-brainer and consistent with our core values,” said Ouska.

Brendan Avery, Dispatch’s Manager of Driver Engagement, added, “We need great drivers to build a great business, and our team at Dispatch understands that –– I’m glad the drivers got to experience it in a meaningful way. I truly hope all have found a safe space while the rebuilding progresses.”

Kathryn, a Dispatch Driver, explained how her day job couldn’t pay her because the lights were out. “Because of Dispatch, I was able to not only stay busy and quit thinking about what was going on but also make the amount of money that I needed to get by through this emergency. I’m so grateful for Dispatch.”

We’ve Got a Grant for That

As part of our commitment to give more and as a new employee benefit, Dispatch provided every employee with a small grant via Cauze to donate to any of the 1.5 million charities hosted on the social giving app. This partnership allows our employees the opportunity to give to the causes that are important to them.

Read more about the Cauze app and see how you can get your company involved today.

The EID Committee Celebrates One Year

Dispatch’s EID (Equity, Inclusion, and Diversity) Committee was formed in September of 2020 and has since grown to 20 members.

Through an EID-focused lens, the Committee navigates internal policies and activities that affect Dispatch employees and external outreach to assist the communities we operate within.

"Equity, inclusion, and diversity should be a priority and not an afterthought,” said Jayden Thunberg, Chair of the Committee. “I have experience navigating the world with diverse identities, and I am committed to making professional spaces better for others with diverse experiences as well. I genuinely believe that at Dispatch, we have the opportunity to make an impact on the tech community as a whole.”

The long-term vision of this group is to create and nurture a culture and society that values equity and diversity, fosters an open and discussion-based environment, and challenges the norms, stereotypes, and realities of racism and discrimination in our community.

The EID Committee made a $1,500 donation to the Page Education Foundation in July of this year. Like Dispatch, the foundation is based in Minnesota.

The nonprofit's mission is to encourage Minnesota’s youth of color to pursue post-secondary education. Over the last 33 years, since its inception, $16 million in Page Grants has been awarded to more than 7,700 Page Scholars. The Page Scholars have given nearly 500,000 hours of volunteer service to communities across Minnesota, impacting the lives of over 50,000 children.

Visit the Page Education Foundation website for more information on this organization.

Dispatch prioritizes its people and gives back to the community. With the help of the EID Committee and our leadership team’s continuous inspiration, there’s no shortage of generosity taking place –– whether it’s time or money.

6 ABC Action News: FEMA calls Ida 'one of the most catastrophic hurricanes' to ever make landfall in the US –– By Emily Shapiro, Max Golembo, Melissa Griffin, Dan Peck, Meredith Deliso, Daniel Manzo, and Marlene Lenthang

Washington Post: Ida’s impact from the Gulf Coast to Northeast — by the numbers –– By Ian Livingston

Work/Life Balance is Given New Meaning