In this Driver Spotlight, we introduce you to James, a St. Louis-based driver who lives “The Gig Lifestyle.” Having been in the delivery business for years, he’s a pro at managing multiple jobs and recruiting other top-notch drivers. Read on to learn why he drives with Dispatch! 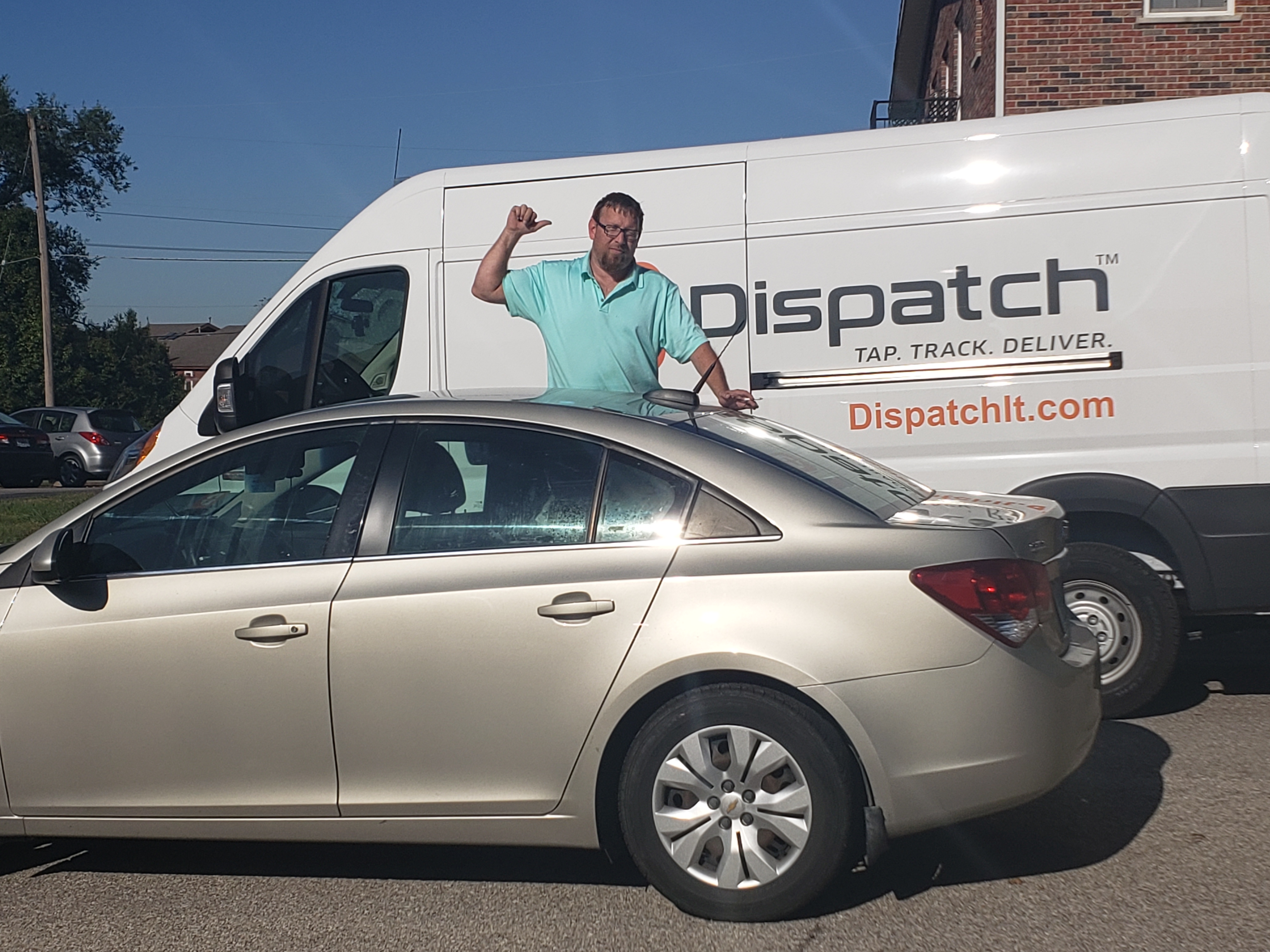 In this Driver Spotlight, we introduce you to James, a St. Louis-based driver who lives “The Gig Lifestyle.” Having been in the delivery business for years, he’s a pro at managing multiple jobs and recruiting other top-notch drivers. Read on to learn why he drives with Dispatch!

How did you hear about Dispatch?

My friend Denver Duncan, who has been doing Dispatch for over three years, told me about this awesome opportunity with Dispatch. I waited for St. Louis to open and I joined!

How long have you been driving with Dispatch?

I was an Independent Contractor for about two months and now I’m a part-time van driver.

What kind of vehicle do you drive?

I drive a Dispatch cargo van and a 2016 Chevy Cruze Limited LT.

Why did you decide that Dispatch was the best job fit for you and your lifestyle?‍

Well before Dispatch I did about 16 different gig jobs and I knew Dispatch was right for me because of the opportunity it gave me to meet awesome clients. It kind of opened my horizon. It allowed me to condense and basically do a couple gigs instead of 16.

Tell us your favorite Dispatch story!

‍‍Let's see, so my favorite story is when I had to deliver to Ameristar St. Charles Casino. When I called the customer to ask where I should go to drop off the delivery, the funny part is they told me, “well unfortunately you can’t go to the dock because it’s under seven feet of water (due to flooding). I had to go to a special area. When I got there a different person asked, “did you try to go the dock?”

Why should other people drive with Dispatch?

‍It’s a great company to drive for because you can control your own hours and move up in the company if you so wish by becoming a part-time driver and then higher than that.

What’s your favorite thing about being able to set your own hours?

‍Flexibility. I’ve been self-employed for over four years and I’ve told this to Dustin (St. Louis Driver Lead), but I still feel like I'm independent. It’s just the ultimate flexibility being able to do stuff when I want to.

If you could give any advice to other drivers at Dispatch, what would it be?‍

Keep a good head on your shoulders and be aware of your surroundings. That’s important for any gig. Since you're delivering stuff, you need to be aware of what’s around you for safety.

That driving with Dispatch has been an awesome ride and it continues to grow in St. Louis and expand even further. It’s just an awesome company!

Maximizing Your Skills with a Final-Mile Delivery Partner